For the first time ever, WOA’s two Vice-Presidents are both female. Mikako Kotani OLY is the Sports Director of the Tokyo Olympic Games and Pernilla Wiberg OLY is a broadcaster and entrepreneur. We talked to them about the challenges they have faced, the inspiration behind their careers and what International Women’s Day means to them.

From the importance of female representation at leadership level, to the role models they looked up to when they started out and how experiences as Olympians have shaped their lives, our Vice-Presidents share why the day is important and look to the future in their new roles. 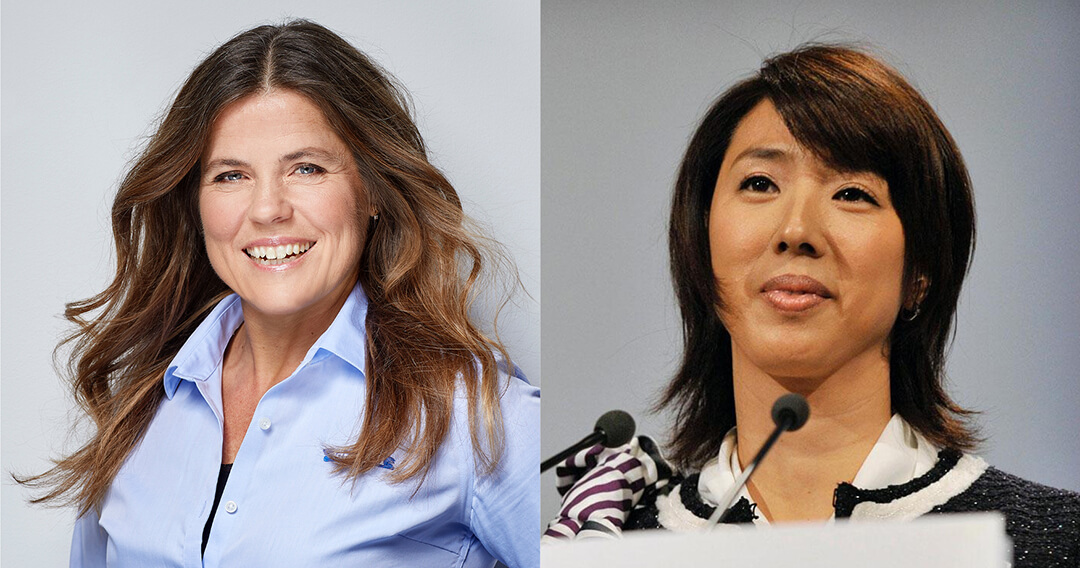 What does International Women’s Day mean to you?

Mikako Kotani OLY (MK): I feel like it’s a day to celebrate being born as a woman. It’s a day to especially admire ourselves as women and for me personally for what I have achieved in sport, in business and as a mother and a wife.

Pernilla Wiberg OLY (PW): It is a day for yourself, your workplace, politicians and organisations all around the world to reflect on how far we have come regarding equality between the two sexes.

Which of your fellow female Olympians has inspired you the most?

MK: One of Japan’s most successful Olympians, Seiko Hashimoto OLY, has inspired me the most. She participated in seven Olympics - both Winter and Summer-, won a bronze medal at Albertville 1992 and led the Japanese Olympic delegation as Chef de Mission three times. Seiko is also now the new President of the Tokyo 2020 Organizing Committee.

PW: Anita DeFrantz OLY, who won an Olympic Rowing bronze medal at Montreal 1976 and has always been an advocate of equal opportunities for women, inspires me hugely. I met her in the IOC when I was a member of the IOC Athletes’ Commission from 2002-2010.

Who were the female role models you looked up to when you started your careers in sport?

MK: I really look up to Ms Caroline Kennedy. I know she is not from our sports world, but the way she acted as the United States Ambassador to Japan (2013-2017) was so natural, and I felt proud of her. Also, I really admire all the women members of the IOC Athletes’ Commission because they are so active, full of energy, eager to work and learn and are all very friendly. I started my sports administration career as being a member of the IOC Athletes’ Commission in 1997.

PW: My first role model was my two-year older sister who was much better than I was. Later, it was the Swiss skier Vreni Schneider OLY and, at that time, the Yugoslavian skier, Mateja Svet OLY. I studied them backwards and forwards at the Ski Academy on a VHS cassette where we had recorded the Alpine World Championships at Crans Montana in 1987.

How important is it to have women represented at leadership levels in sport?

MK: I think it is not only women who need to be leaders. Women and men should both have the same opportunity to take on leadership roles. Chances should be given to anyone who has the skill and potential to perform in the role - no matter whether the candidate is a man or woman.

PW: As we continue to strive for 50% women participation and representation in elite level sport events, there should also be the same goal for leadership.

What were some of the challenges you faced throughout your career?

MK: There were only two women at the General Assembly of Olympic Council of Asia, and I was the only woman on the board when I attended the Executive Board meeting for the first time in 1998. I was not known as the board member, so people thought I was the girlfriend of the other Japanese board member. There has been a big change in OCA and there are many women members both on the board and General Assembly.

PW: My challenges were all the injuries I sustained during my career. 12 knee surgeries have marked me for the rest of my life, but not only in a bad way I must admit. These challenges taught me a lot about myself and particularly my entourage.

What does it mean to be appointed as EXCO Vice-Presidents?

MK: I think it is great to be the Vice-President with Pernilla, two women Vice-Presidents supporting the President. We can show all Olympians a good gender balance and be a good example that women can take on important roles in the sports world. For that reason, I am very much motivated to be of help for WOA and Olympians across the world.

PW: It is of course a great honour to have the trust from fellow members who believe you are up to the task, but also a responsibility towards all the Olympians out there. We have to work for them!

As Vice-Presidents, what will be your focus for the next few years?

MK: To develop stronger relationships with many Olympians throughout the world, no matter which country. We all realise the power of sport and Olympians are important ambassadors that can provide benefits to society and their communities through sport.

PW: I am really looking forward to continuing the work we achieved with the WOA Olympians Health Study that we published in 2020. The health of our Olympians, not only when they are active, is essential. This can be both physical and mental health. To continue to grow our OLY community is also high up on my agenda.

Tell us about your experiences as an Olympian and how they have shaped your life?

MK: Being an Olympian I have had both happy Olympics experiences - winning two bronze medals at Seoul 1988 - and sad Olympics experiences - to be an alternate – and this was such a valuable learning for my life. I always try my best whatever I do. Whatever position I am in I am honest and true to myself and this is something I learnt during my sports career. Also, I understand the value of what Olympians have to offer society and I try to send inspiring messages to my community.

PW: To be an Olympian is, more or less, every athlete’s dream. I was able to compete in four Olympics as an athlete, with ups and downs. The highlights were definitely my two gold medals and silver medal. My experiences as an Olympian have led me to be where I am today - the CEO of my own company and one of two VPs for WOA’s EXCO. Sport in general is a very good tool for teaching good values, which can be used in normal life.

How important is WOA for the Olympian community?

PW: During all my years within the WOA, and Swedish Olympians, I have learnt that to be a part of the Olympic family means more than I ever thought it would. When we introduced the OLY post nominal letters, we really showed the pride our Olympians feel when being able to show the world with just three simple letters that they have taken part in the world's biggest sport event.

Let us know what International Women’s Day means to you, the female Olympians that inspired you and how you’ll be celebrating by tagging us on Twitter or Facebook.