WOA is saddened to hear of the passing of Olympians For Life inductee James D. Wolfensohn OLY (1933-2020).

James was the personification of the Olympic spirit and featured in the inaugural Olympians For Life intake which was exhibited at the Rio 2016 Olympians Reunion Centre by EY in recognition of his life’s work fighting for justice and equitable development.

An accomplished fencer, James competed in the men's team Épée at the Melbourne 1956 Olympic Games and later went on to serve as an officer in the Royal Australian Air Force.

Following his competitive career and with a constant drive to make the world a better place, James served as a visionary president of the World Bank. For over 10 years, he used his position to tackle some of the world’s biggest challenges including education, social justice, corruption, health and the environment.

It is for this legacy and his mission to alleviate poverty that he will be most remembered. Guided by the Olympic values, James led by example and his words “we’re here for one reason only and that is to change the world” should be a source of inspiration for us all.

“James led a remarkable life, representing Australia in fencing at the highest level before using his compassion and determination to help those most vulnerable.

“As a true Olympian For Life, James had a profound global impact and showed how the Olympic spirit lives on beyond an Olympian’s competition days by fighting for what he believed in. He is a shining example for us all to follow.

“Our thoughts and prayers are with James’ family and friends.” 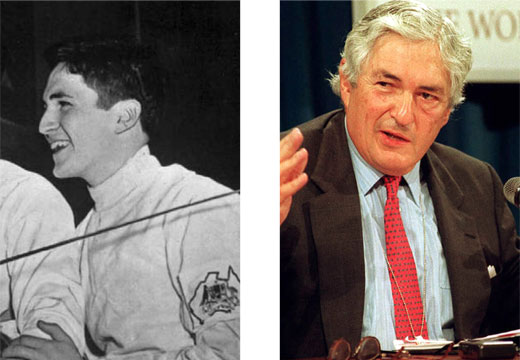