In 1964 Tokyo hosted its first Olympic Games, a transformational event that both sparked Japan's rebirth as a nation and drew large audiences globally as the first Games in history to be broadcast live around the world.

To celebrate this historic and defining Games, OLY House Tokyo 2020 hosted a live chat on Wednesday 4 August with Olympians who competed at Tokyo 1964.

Hear their thoughts and experiences of the Games and how the Olympic world has changed in the past 57 years HERE or below.

WHO:
Jim Bregman OLY Judo, USA
Jim was a member of the first US team to compete in Judo at the Olympic Games and the only American to medal in the sport at Tokyo 1964 where he won bronze in the under 80kg category.

Ada Kok OLY Swimming, Netherlands
Ada is a double Olympian who competed for the Netherlands in Swimming at the Tokyo 1964 and Mexico City 1968 Olympic Games.

Mel Pender OLY Athletics, USA
Mel is a two-time Olympic sprinter and gold medal winner. He placed 6th in the 100m final at Tokyo 1964 and again in Mexico City 1968, where he also won gold as part of the USA's 4x100m Relay Team in world record time. 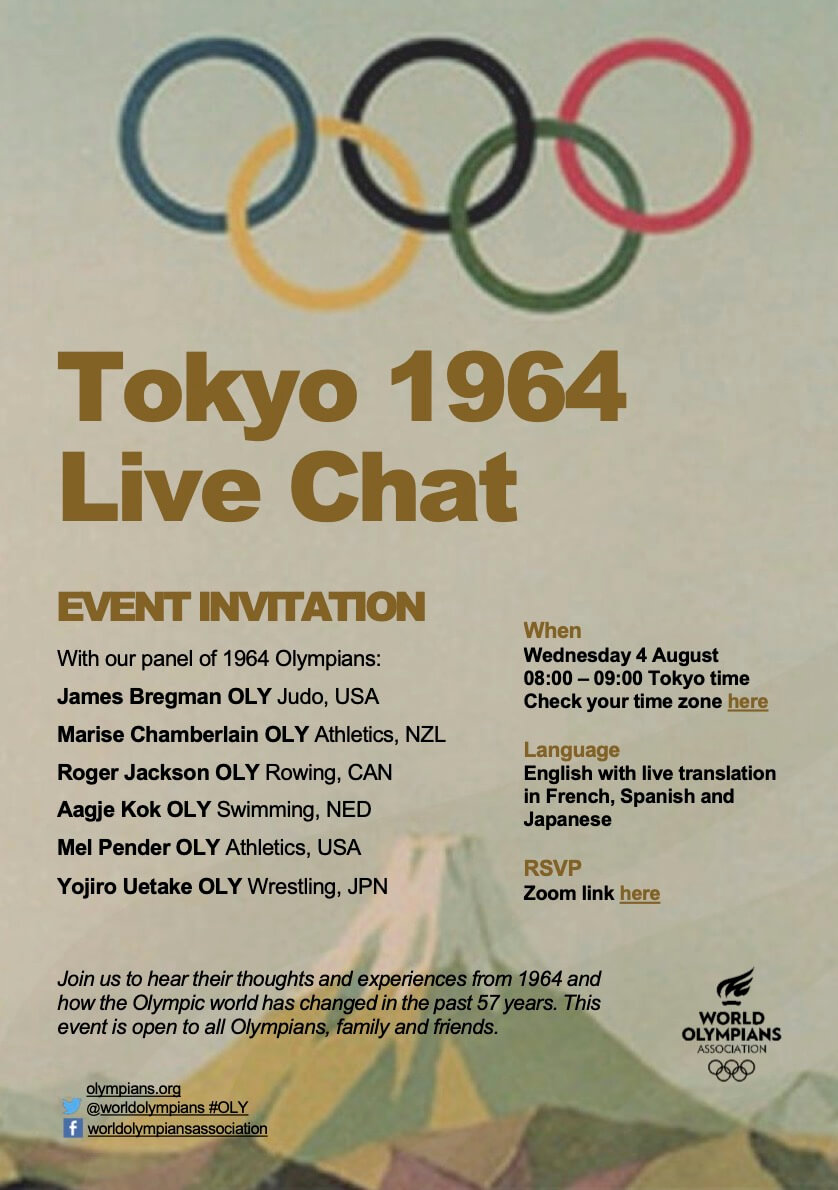 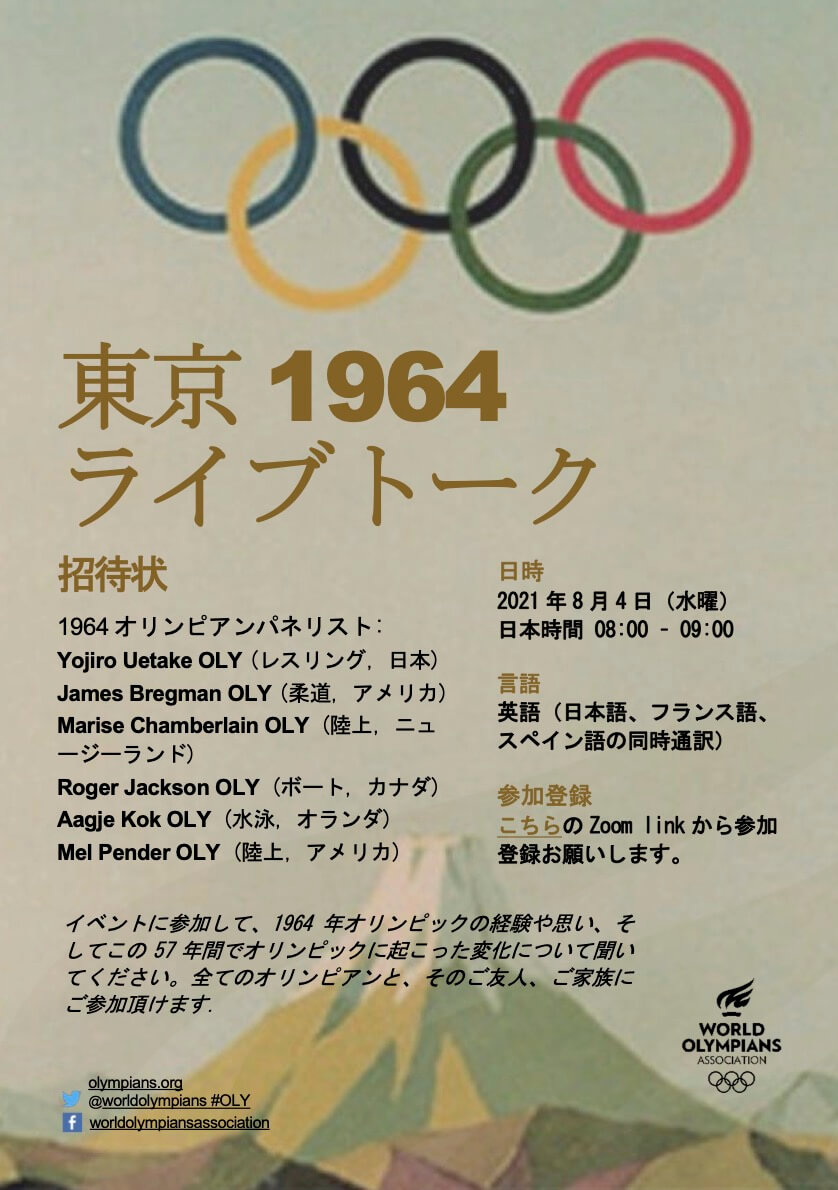